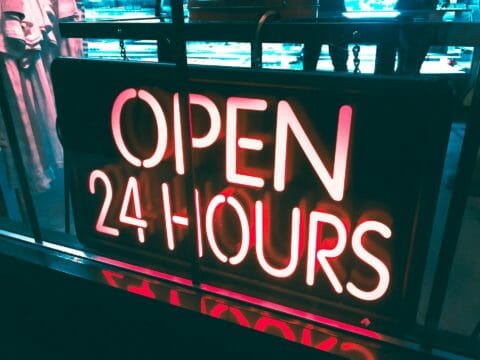 If you're looking for Selenium alternatives for web testing, you may be surprised that several valuable options are available. We've compiled a list of 10 alternatives to Selenium with some of the benefits and features that make them worth looking at. But before we jump into the nitty-gritty of each of the Selenium alternatives, let's cover the basics.

Selenium is a suite of web testing tools that combine multiple software tools geared for automation testing. It is open-source and works as an API for browser automation. Known as a go-to for web testing, Selenium is a leader in the QA testing realm.

Selenium makes it possible for test teams to create customized test automation scenarios that cater to various browsers and scripting languages. It offers autocomplete functions, single-click recording, and playback and has test choices scaled to various ability levels. Selenium also has some excellent advantages as a test automation tool.

When a testing tool becomes popular, it's for a good reason. If you look at some of the top benefits of the Selenium testing tool, it's clear why some QA teams are not interested in Selenium alternatives;

With all the apparent benefits of Selenium as part of a testing framework (and its popularity!), why would test engineers look for Selenium alternatives?

Selenium Testing is Not Always Enough

Although Selenium continues to be a popular test automation tool, it can miss the mark for several reasons:

Because of these limitations, some testers are looking for alternatives.

Selenium Alternatives You Should Try

Here are some alternative test automation tools to consider as alternatives to Selenium.

Katalon Studio is a test automation solution for web, API, desktop, and mobile app testing. It is built on top of Appium and Selenium frameworks. It allows testers to design, create, run and manage automated test cases efficiently without the technical complexities typically experienced in open-source frameworks.

A short learning curve - Katalon Studio is super easy to learn, so it will work for test teams with minimal coding skills. It is a ready-made framework with a built-in recorder and pre-defined testing methods so users can start functional testing with minimal effort.

It is flexible - Whether you are an experienced tester with advanced needs or a non-technical tester, Katalon Studio could work for you. For beginners or non-technical users, the keywords and recording capabilities help create test cases. The productive IDE is handy for advanced users to build tests with scripting methods.

Seamless integration - Whatever you wish to integrate with, Katalon supports native plugins for various purposes, making it a valuable tool in any test automation framework.

You can start with the free Katalon option and then move to annual, per-user pricing plans.

If you are looking for the ultimate visual regression testing tool for web apps and websites, Screenster could be it. It gives you a cloud-based platform to run automated UI tests on. Whether you use it solely for integration tests or other functional tests, Screenster promises 10X more productivity than other alternatives to Selenium.

Suitable to non-technical users - Users with limited coding abilities can write tests and become more productive by using Screenster for regression testing and other purposes.

Ideal for UI testing - Although Screenster is known as an excellent regression testing tool, it's also brilliant for UI testing. It covers every user interface characteristic with its automatic Visual Baselines and Content Verification. Screenster is also particularly suited to UI automation testing because of features like parallel test execution, coded and codeless tests, and self-healing tests.

A smooth learning curve - Users can refine tests and automate UI test cases in the cloud or on a local server in no time. Learning to use Screenster is smooth compared to Selenium.

Paid and free versions available - You can begin with a free version of Screenster, but if you're serious about test automation and especially in having a top regression testing tool, you should consider paid subscription options.

Free users only have read-only access to shared tests, while subscribers can edit and run tests shared with them.

Browsersync is an open-source tool with synchronized interactions. It is a valuable tool for cross-browser testing and web applications and works on various mobile and desktop browsers.

Cross-device testing made easy - It's easy to speed up testing and tuning with Browsersync by coordinating interactions and file changes throughout a range of devices.

Easy to integrate - If you use task runners and build tools like Grunt and Gulp, Browsersync could work for you as you can integrate it with minimal effort.

Remarkable features - Browsersync is compatible with various build tools. It has built-in file sync abilities that can be customized, synchronized navigation, and you can install and run it practically anywhere.

Works on slow internet connections - Even if the website is running on a slow connection, Browsersync will still work with a reasonable test execution time.

Browsersync is open-source and free to use.

If you're looking for an alternative to Selenium webdriver that works well with different types of testing and you want to schedule regular testing in the cloud, Ghost Inspector could be a good option. It is a test automation tool as well as a monitoring tool. It is suitable for website testing, regression testing, UI testing, browser testing, and end-to-end unit testing.

Feature-specific abilities - With Ghost Inspector, you can test a particular website feature, making it slightly more suitable for web testing than Selenium.

A handy import/export function - One of Ghost Inspectors' latest features is that users can export tests to other tools and then import them again.

Powerful features - Ghost Inspector's "Viewports" solution is a powerful tool to test responsive designs and sites. It is easy to manage tests and share them among test team members no matter how large the organization is.

You can sign up for Ghost Inspector on a monthly or annual subscription.

Scriptworks offers a simple but elegant visual interface that allows manual testers to create scalable and reusable automated unit tests. It's an excellent option if you consider the continuous change demands of today's development landscape. It's available as a cloud-based solution, hosted, or installed on the premises.

Architecture - You can instantly generate and run test code on any platform, your desktop, or in the cloud.

Interface - The Scriptworks browser-based user interface is simple and independent. Visual testing is a breeze with a simple drag-and-drop visual interface. You have the flexibility to create the most complex scenarios with ease. It takes minutes to develop simple acceptance tests.

Excellent visibility - As you create tests, the automation code is instantly generated so you can always see it. It helps you learn Selenium webdriver and code constructs as you build tests.

Suited to all skill levels - Whether you use the simple visual interface or write your own code, Scriptworks is an unparalleled tool. It allows testers of all skill levels to be productive without overcomplicating it.

You can start with a free trial and then a basic subscription. Scriptworks makes it easy to grow as your capability scales, making it relatively cost-effective in the long run.

Subject7 is one of the simplest Selenium webdriver alternatives. This automation platform makes test execution easy through a series of commands on a user-friendly interface. The commands do an excellent job of hiding the complexities of industry standards like Selenium and Appium by mimicking user actions.

If you're looking for a very basic way to catch test failures through automation without needing any technical skills, this is a top option.

Perfect for non-coders - The most significant selling point of Subject7 could be that it does not require any coding skills at all or any technical ability to set it up and use it.

Simple but effective - Even though Subject7 makes test automation seem simple, it has several valuable features. It integrates with Jenkins, JIRA, and REST capable DevOps pipeline and uses open-source standards like Appium and Selenium to drive mobile and web without the complexities.

Only the cost of the most basic subscription is listed on Subject7's website, which is relatively high. For more advanced options, you have to get in touch with them.

No coding skills needed - As a test scenario is created, Perfecto Scriptless automatically generates the code.

Adaptable - Perfecto Scriptless has several noteworthy features. It is fast, low-maintenance, supports multiple platforms, and is DevOps-friendly. You can run tests in various environments on various platforms simultaneously.

Robust in a changing environment - The automated tests from Perfecto Scriptless are stable and unlikely to break, even if changes are made to apps while testing is underway. Perfecto Scriptless fixes and re-binds a broken test during runtime, which reduces maintenance costs during automation testing.

You can start with a free trial, and if Perfecto Scriptless works for you, move to one of the four subscription options on a monthly or annual basis.

If you're looking for a free and fast alternative to Selenium that's also great for team collaboration, QA Wolf could be it. It's a relatively new name in the automated testing realm but has been making waves since it was launched.

No setup requirements - You don't have to install QA Wolf. It is a hosted solution and stores your tests in the cloud. It means that you won't have to do updates, and it's easy to share tests with your team.

A quick and clean user interface - QA Wolf runs smoothly in a browser-in-browser interface, so you can stay in one place as you create new tests. You will find everything you need to create and maintain tests in the QA Wolf dashboard.

Everyone can create tests - There's no need to learn a new programming language. QA Wolf comes with a code engine that generates JavaScript test code while you browse.

Superior parallel testing - You can run tests 100% in parallel without having to wait hours for test results. QA Wolf runs each test in a separate space, running simultaneously.

QAWolf offers a free trial of 100 tests per month, but the company website does not clarify what pricing will be after the trial period ends.

This powerful and robust UI testing platform offers automated testing of web applications without coding across various platforms, browsers, devices, and operating systems. You can store and run your tests in the cloud and give users access to tests from anywhere.

Test suite change tracking - There's an activity section in Endtest where you can easily keep track of changes made to test suites.

Multi-format-friendly - You can export automated tests in various formats, including Python file format and .exe.

The free Endtest trial ends after a week, after which you have several monthly and yearly pricing options to choose from.

Robot Framework is a test automation framework that consists of a suite of integration tools, 3rd party libraries, solid functionalities, etc. It uses a keyword-driven testing approach and is a firm favorite with behavior-driven development teams. One of the most significant differences between Robot Framework and Selenium is that it uses external libraries while Selenium is a library.

It is independent - With Robot Framework, you can run automated tests regardless of the technology, application, platform, and operating system you use.

Simpler than Selenium webdriver - Instead of writing test scripts in code, they are written in English, making it a lot simpler to use than Selenium!

Besides our top 10 test automation tools, there are a few other options worth mentioning:

Selenium is still a popular option for test automation, but several high-quality options are available if you are looking for an alternative. Whether you need testing tools for an open-source automation testing framework or you would be happy to pay for purpose-specific tools, there are many Selenium alternatives for web application testing.

Each tool has its own unique benefits, and many can perform tasks not possible for Selenium. For example, visual regression testing. Based on the information in this guide, you should be able to select the right tool for you to write test suites a purpose-fit tool for your project effectively. 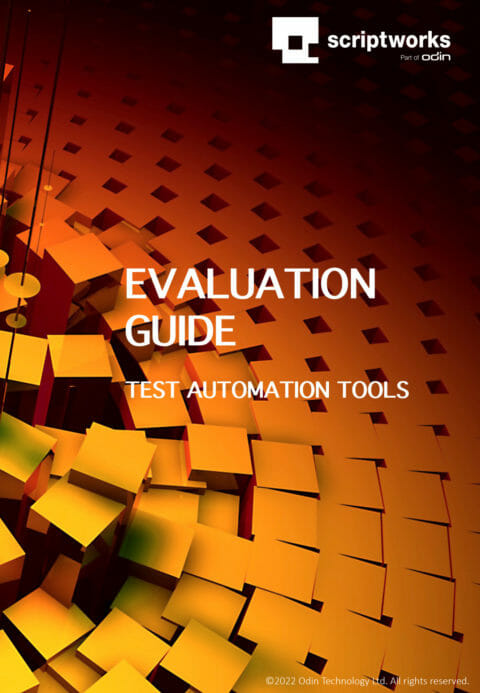